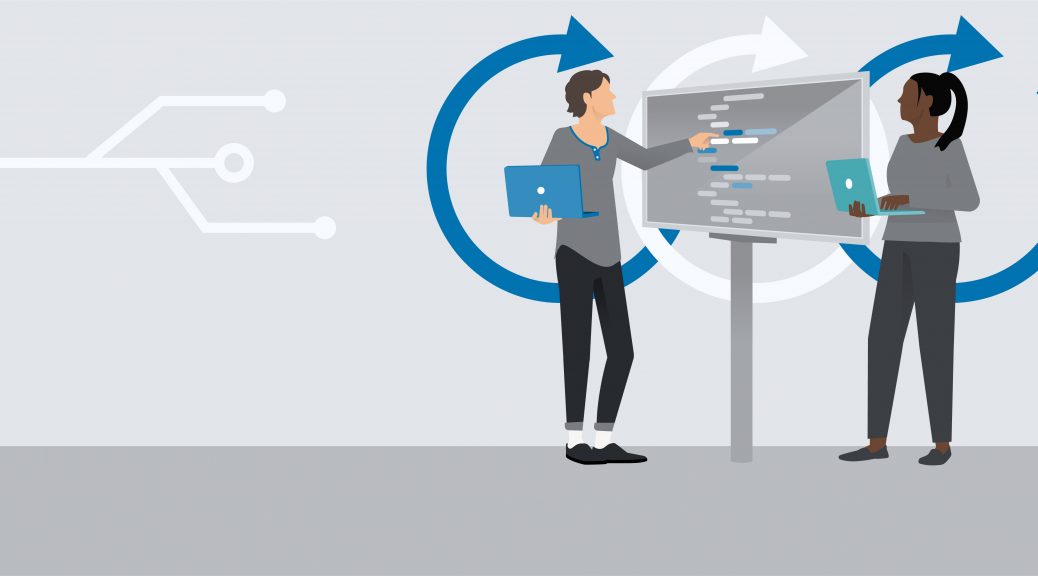 There are a lot of thoughts and myths around the DevOps approach. The main idea you can find is that DevOps is a collaboration between developers and IT Operations. This is not the whole definition of DevOps as a service.

DevOps pay attention to collaboration but not only the developers and IT Operations. There are three main teams in the software development process – developers, IT Operations and Quality Assurance (QA) engineers. Efficient collaboration between these teams is one of the main ideas of DevOps.

Before the DevOps approach, the most popular methodology in software development was Waterfall. This is a cascade model. In Waterfall developer writes code, gives it to the QA engineer which makes tests and gives it to IT Operation for deployment. Looks good but in reality, there was a lot of mess because while the developer writes code, QA engineer tests another part of code and IT Operations manages the infrastructure. When code is written developer starts a new part of code, QA engineer needs to give the old part for bug fixing and start new tests. IT Operations at this time might need to create the testing and deployment environments. As a result, we have a lot of tasks and endless “throwing code over the wall”.

Agile and DevOps as an efficient approach to software development

Software development teams resolve this problem by creating the Agile manifesto. This is a set of 12 rules about team cohesiveness, mutual respect and collaboration. DevOps is the practical implementation of Agile and a replacement of the Waterfall model.

The main idea of DevOps is to automate routine processes and make a smoother workflow. That’s why DevOps provides CI/CD pipelines and IaC. CI/CD means Continuous Integration and Continuous Deployment. CI/CD means the automated process of software development. The code is written in small chunks that can be easily tested and deployed to the main part of the software. This process helps to create an efficient workflow and make releases faster and more frequent.

With automation, the developer can write code and make smoke tests in the test environment without bothering QA engineer and DevOps specialist or IT Operations. QA engineer also can use a special environment for tests without the help of DevOps engineer. This is possible because of IaC – Infrastructure as Code. The DevOps engineer creates the environment for testing and deploying in advance. He/she writes the script for developers and QA engineers and creates a special list with settings for the environment. This list looks like a textual file written in descriptive language that is understandable and easy to use. As a result, developers and QA engineers can create different test environments. At the same time, DevOps engineer has time to manage the current infrastructure, look for bottlenecks and improve processes.

Benefits of DevOps as a service

As you can see, the main benefit of DevOps transformation is routine automation. Your software development team will be more productive and calm. They will have understandable internal processes and wouldn’t spend time on repetitive tasks.

On the other hand, DevOps implementation needs time and investments but the result is worth it. This is a good decision for business because DevOps transformation can bring cost-efficiency, faster releases and better relationships at teams. Thus, you’ll have higher competitiveness on the market and staff turnover reduction.

If you still have doubts you can contact a reliable Managed Service Provider and consult about DevOps transformation in your project.